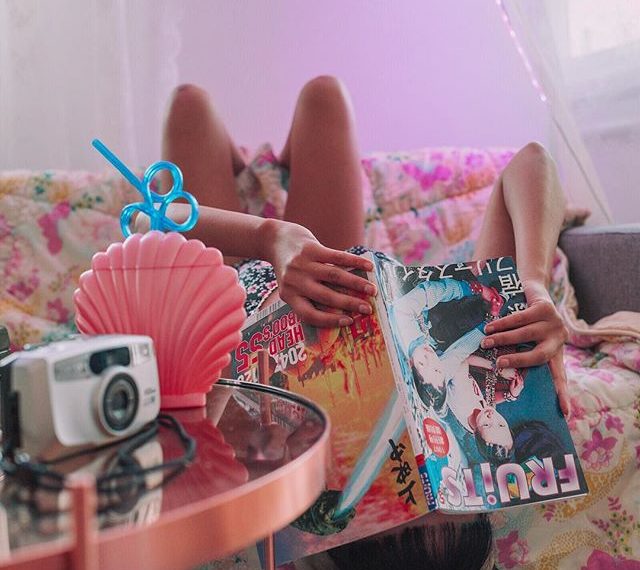 Ideas and artwork should be shared. The ability to do so allows the public to receive new ideas, impulses, and inspiration – without which, would lead to a public discourse devoid of new thought patterns, a thirst for more knowledge, and a proclivity towards not accepting things at face value. This is not only integral to humanity’s consciousness in terms of consuming new ideas, but also integral to the creators and thinkers out there who need their work to be shared in order for their ideas and creativity to enter the general discourse.

This is why I am so passionate about fighting against article 13. But it’s not just article 13 that we need to be critical of. We also need to be critical of social platforms and companies who are more focused on profit over creation. Because it is not just about censoring in a broad sense – it’s also about creating an equal playing field where ALL artists and thinkers no matter how big or small, conservative or liberal, young or old, rich or poor, intersectional or not, have equal opportunity, access AND reach to the SAME audience. Because limiting some but not all is also a form of censorship which I cannot support.

Social media began as an incredible way for anyone to have a voice. It levelled the playing field and gave equal opportunity to anyone with creativity and something to say. If you had something of value to put out into the world, you were likely to find your community. But social media was the wild west, and social media was new. Which meant that talent was part of the equation, but so was timing. Certain people who hit the market at the right time exploded. And while some of these people were and still are very talented, the current social media market is over saturated with content, creators and consumers. Talent, innovation, and creativity isn’t enough to guarantee an audience. And when that audience is the metric on which we are judging success and those numbers can now be bought, talent has very little, if next to nothing to do with growth.

That is not to say that success stories don’t happen. And that is not to say that every person with 50K or more are fraudsters or lack talent. I am just here to say that numbers don’t have to be earned. And this is extremely dangerous for those in the creative industry. Why? Because the livelihood of a artist comes from clients recognising their value and paying them for their work (which should be a culmination of experience, talent and creativity) LIKE ANY OTHER CAREER. But when creatives are being judged first and foremost by one benchmark – their social media following count- artists are being passed up for work and devalued in favour of those with a higher twitter or instagram following.

Which is why I would argue that social media is actually detrimental to the artist. Social media is creating an environment where talent is secondary to popularity. The actual quality of work is also decreasing as artists must not only devote a large chunk of their time to maintaining (let alone growing) their social following while simultaneously scrambling to produce daily content over honing in on their craft and focusing on longer-term projects.

Platforms like Instagram or You Tube can be incredible. They can be places where artists and creators find a voice and find an audience. But when algorithms create an environment that makes it virtually impossible for new or emerging creatives to reach an audience, how can we even talk about growth? If a painting is painted but no one is there to see it, then no one is even there to decide if they are a fan of the work or not. And this, compounded with the fact that even the most successful creators on social media platforms are making next to nothing monetarily speaking compared these social platforms themselves must and should make us all think twice. Social platforms are raking in the big bucks due to the collective amount of content their users are putting out there. Creators are basically throwing free content up online to be consumed for free, generating more income for the platforms themselves.

I’m not an idiot – I know that for the time being, Instagram is not going anywhere. I also don’t disagree with the size of one’s community being a consideration for clients. But it should not be the first priority or requirement. The talent should be. So I along with all artists still have to play the game to a certain degree. But I also know that nothing we are doing (so long as we remain honest or don’t stumble upon some insanely new and innovate growth hack) is going to get our work seen by new eyes. And without new eyes, we creatives cannot grow our communities; communities that are integral for us not only in terms of linking up with other creatives and having meaningful conversations with new people, but integral to the creative industry and our livelihood.

So if platforms like Instagram are doing little to help honest discovery of content, creators need to reclaim a space for themselves in social media, but not on apps only interested in the bottom line but on their own platforms. Which is why I hope (although without having done the research I really can’t say) there will be a re-birth of blogs, independent publishing, or some other method for those in the creative industry and the reason I have chosen to start blogging again.